Posted on August 1, 2020July 14, 2022By Joshua Lutz
Posted in DesignMarketing and BrandingPhotographyUncategorized 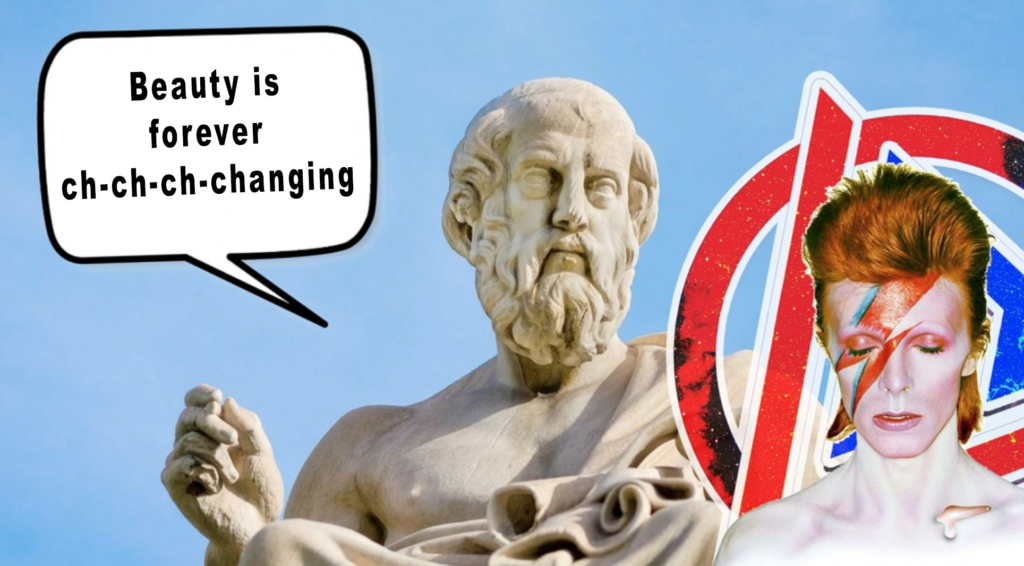 I’ve always loved the word aesthetic. To me, it is more than just the way something looks but rather points out to us the rules and guidelines of modern beauty. I use this word often as a web designer and artist but only recently discovered the great debate and cultural movements that have pivoted on this one word. Who knew this word has changed the arc of politics, philosophy and humanity?

The story behind the evolution of the word aesthetic shows that we as humans, as a community, are constantly rethinking our core values and belief system about the meanings of all things, all the time. You won't believe what this word has been through, take a look!

If you look at language and "translation history" down the rungs of the ladder of time, you'll notice much of the Greek languages meanings have actually changed as the meanings of words were debated by philosophers. We often reference the original Greek meanings of words but rarely think about the original debates behind them. In the 1800’s, philosophers like Plato, Friedrich Nietzsche and Immanuel Kant changed the word "aesthetics" many times over. Imagine being the decider of what we, as humans, mean by the things we say and the vernacular we use? Incredible!

I recently saw an interesting infographic (which I've since lost) depicting the Greek word aesthetic being re-interpreted by Germans, followed by decades of great controversy. The word has now come to be used to designate, among other things, to be "a kind of judgment, a kind of attitude, a kind of experience, and a kind of value." This value is how I use the word in art at my day to day design job. It is the intrinsic value I put on a subject or style. Does the design articulate its purpose? Does it convey the entirety of the story that subject is telling? I love the subjects that have a lot to say. Let's explore the controversy and the evolution of what we have decided is "beauty." 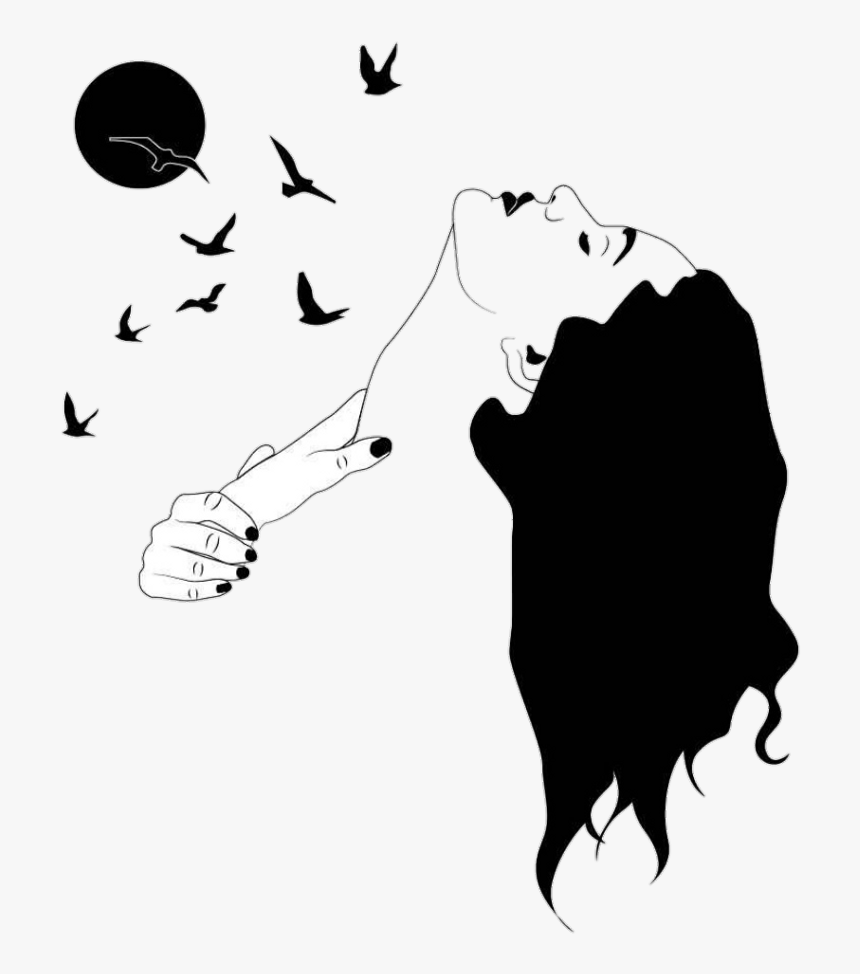 The "Concept Of Taste" was a movement in the lexicon of philosophy that simply asked, "what is beauty and who decides, if at all?" It has since been decided that if your ego says, “this is beautiful because it serves me and my strings of unique beliefs,” then it is false beauty.

Aesthetic, in this realm, means only what is seen and not necessarily beautiful. During the 18th century, humans suddenly decided that their sense of beauty may not be moral and correct. This happened because we became aware that their 18th century version of beauty was only relative to the time they lived in and would very soon change completely; an early example of "woke" culture! Here's where I might loose you, stay with me. If you find this next part too daunting, please don't abandon this article but rather jump to the next paragraph below where it softens up, I promise :)

The beginning of the fued over the word aesthetic started with two dueling brilliant philosophers, Kent and Hobbes. According to my favorite German philosopher Immanuel Kant, in this global realization of pleasure and desire, “any pleasure interested is not to say that it is self-interested in the Hobbesian sense, but rather that it stands in a certain relation to the faculty of desire. The pleasure involved in judging an action to be morally good is interested because such a judgment issues in a desire to bring the action into existence (i.e., to perform it). Whew! Stay with me here...

To judge an action to be morally good is to become aware that one has a duty to perform the action, and to become so aware is to gain a desire to perform it. By contrast, the pleasure involved in judging an object to be beautiful is disinterested because such a judgment issues in no desire to do anything in particular. If we can be said to have a duty with regard to beautiful things, it appears to be exhausted in our judging them aesthetically to be beautiful.” Still with me? Good. I believe that what Kant is saying here is that the judgment of taste is not practical but rather “merely contemplative” (Kant 1790-95).

If your ego says, “this is beautiful because it serves me and my strings of unique beliefs” then it is false beauty.

So that’s the ego. Then there was the shift of objects and the object of aesthetics but it gets hairy (what was called the attitudes of aesthetics has been opposed so greatly it’s been practically dismissed). What’s really important here is where this movement went, where it is now and how things like the founding of jazz music, discoveries of science and how it is all intertwined has changed the world forever.

Just as the monkeys in Asia and Africa (thousands of miles from each other) somehow all discovered new ways of opening bananas and fruits at the exact moments in time, we too were connected in tidal moral shifts and changes across the planet at the same moment in time. Sometimes these tidal shift in evolution are not easily explained, rather they propose a subconscious collective consciousness. So too was the evolution of how we gauge beauty as a people. 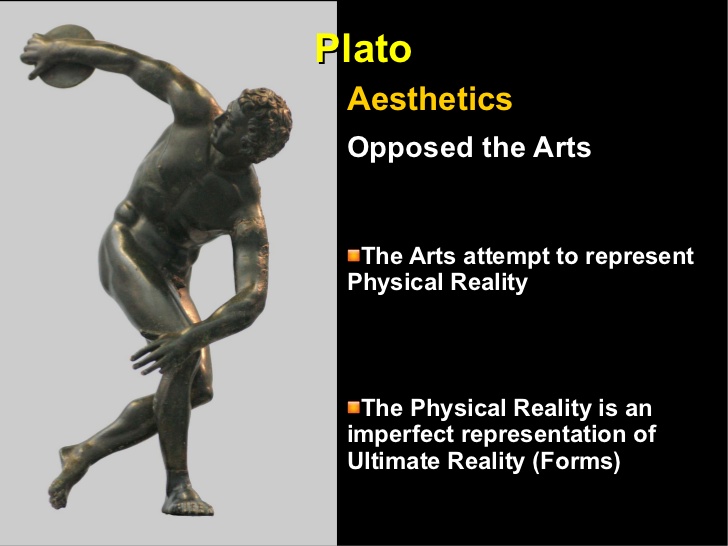 So similarly, humankind went through a tidal shift in 2020 with movements of the times (BLM, our country divided, MeeToo and so on), just as humans did with this singular word aesthetic once again in the 1800’s. It was on the lips of world from town to town! The eighteenth-century debate between rationalists and "theorists of taste" (or "sentimentalists," as they’re called now) was primarily a debate over the "immediacy thesis", i.e., over whether we judge objects to be beautiful by applying principles of beauty to them or not.

My family remembers at three years of age I said I wanted to be an artist and an inventor. My earliest memories as a two and three year old was of knowing that one day I wanted to pursue art and I couldn't wait to get better as quickly as I could! As soon as I could read I read about the fascinating inventions of Leonardo DaVinci and was just knocked out of my chair. I wanted to be just like him and fly off a roof into a bail of hay, trying to fly with something I invented! I made a sculpture of him doing it for a school project and got an A+ in the third grade. I stayed up all night making it perfect, to honor my hero. One of the only academics I thrived at was art, where I was tested as an artistic savant. I wouldn’t thrive again in academia until conservatory 20 years later where I graduated top of my class, having dropped out of high school to get my GED and rush off to conservatory (what this says about standardized testing is another blog post waiting in the wings).

Somehow, I always knew that I, more than most, knew what was beautiful. I studied its' parameters, guidelines and boundaries. I became not just a creator of art, but also a master of objective analysis and critique. How does this relate to me as a contemporary artist? It means that to me, beauty was being refined and sharpened down to an absolute. Lines, while we don't want to admit it, are being drawn. Not by what serves me best but what the collective perceives. Some things are obviously good and some aren’t as good. It’s now acceptable for the standards to change and evolve with the times and we know that we will know more, later.

Big business has picked up on this too. Old logos used to be function over form. Now they are more and more form over function. This age old adage is highly debated with architects and designers of all kinds, world round. The Nike check that means to "just do it," just get up and tackle it so it shall be done, defines and age of branding. That message, that meaning, is a powerful story. It means a great deal to all of history, not just when it was copywritten as a slogan, but for thousands of years to human beings throughout history. We can relate to the story of highly motivated action and achievement, can't we! Especially the underdogs like you and I. Social construct beauty, like that portrayed in emaciated Barbie dolls, has shaped what it is to BE beautiful in a modern age too. A story that is still unraveling everyday, for better or for worse.

The destructive and impossible concepts of modern beauty that the corresponding industries have imposed on young women exposed: 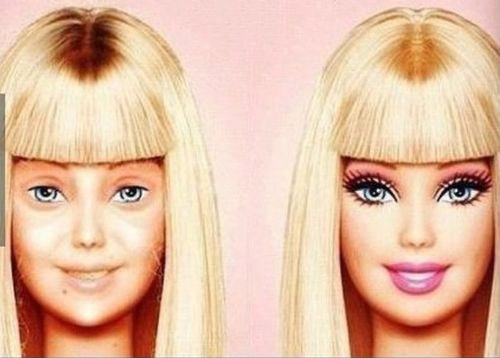 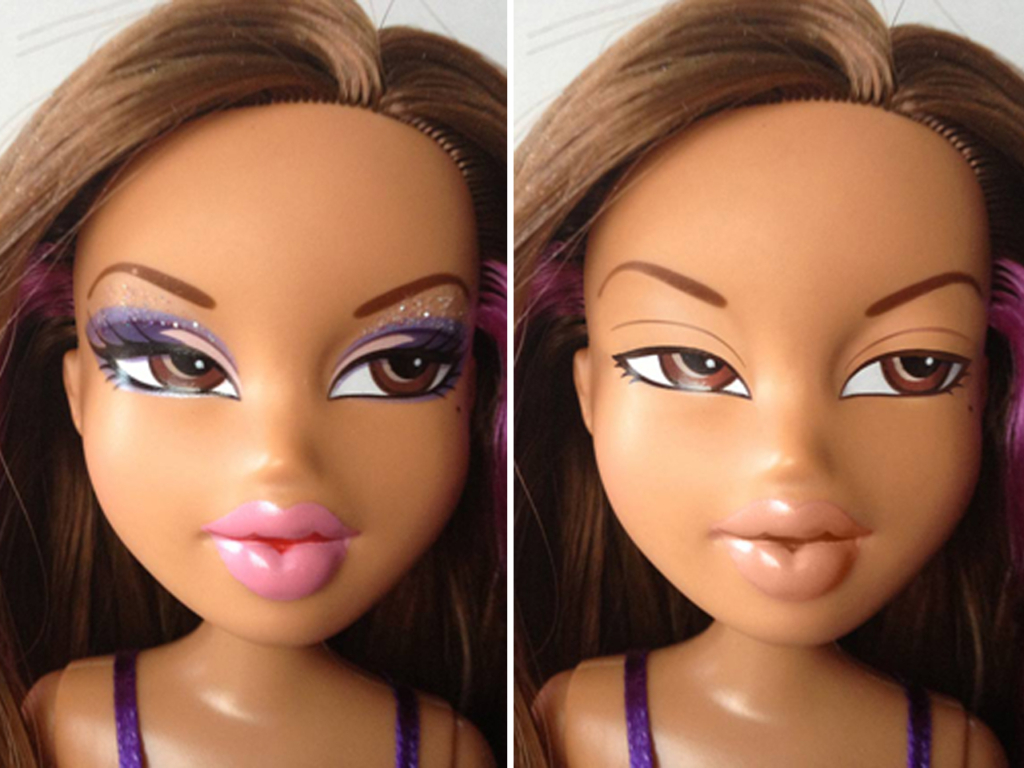 The hyper-sexualization of Bratz Dolls has led to a great debate once again over human aesthetics, just as shaving women’s eyebrows were all the rage during the Renaissance when the Mona-Lisa was painted. Is one really worse than the other? 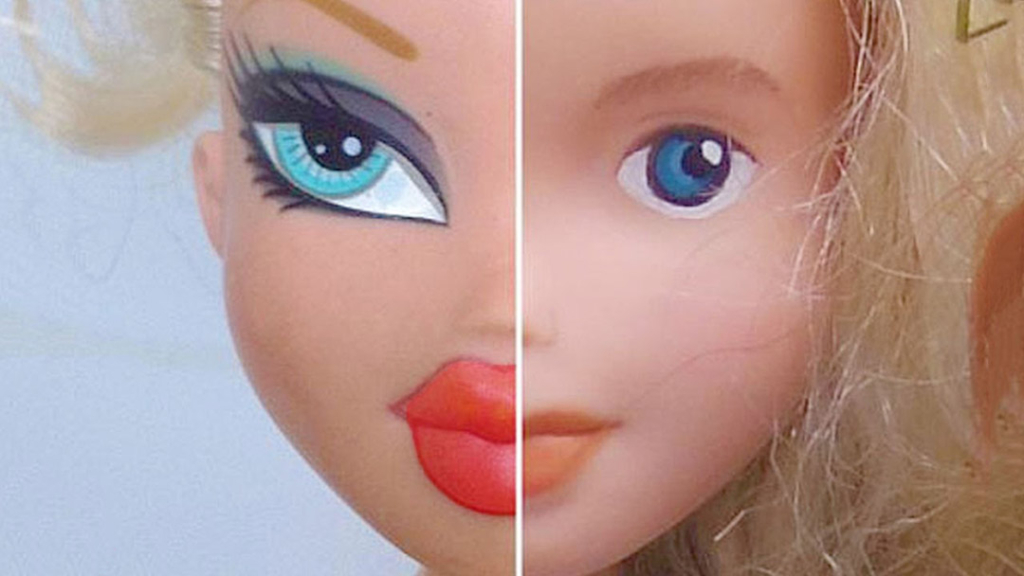 And how does this apply to our society? Ask Beyonce: 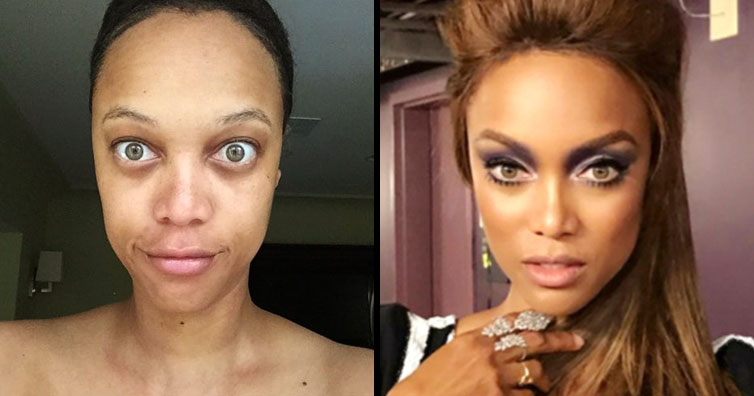 Even my own sister sees Beyonce as a revolutionary spokeswoman for the new “woke” generation. I see something very different.

Beauty is truth and truth is beauty.

So today, what can I say to the philosophers that realized these truths only recently in our current history? I would say to them and to you, the reader that we’re talking about you. The artists, designers and architects who are all trying to tell a story. Whether intentionally or not, they are following guidelines that began an evolutionary adventure  thousands of years ago and continue inscriptions to this day.

We’re talking about the day after you get knocked down. How adversity has affected you, the artist and who you've become. They’ll ask you, “are you going to take some time off to recuperate?” You’ll answer, “I’ll see you tomorrow." To see the beauty today means to be the beauty you want to see tomorrow. The word "aesthetic" now takes on a whole new role in society. It means to guide the artists work to true beauty. The appreciation of beauty is not only aesthetic, but it is the joy of observation, the thrill of the chase, the hope of overcoming past mistakes. It is of no coincidence that modern society, for the first time, uses stories of triumph and fortitude to describe true beauty and inspiration. As an artist, I awake each day and re-start the great trek to artistic meccas, navigating new creative problems to achieve a pure, singular towering monolithic tribute to beauty. At the end of each day I look at my contribution to it, this one truth of what is beauty. Void of ego, void of judgment and industrial definitions. Each artist yearning (often to the extent of self-torment) to be a part of this ever-changing evolution, in the name of this one great word. 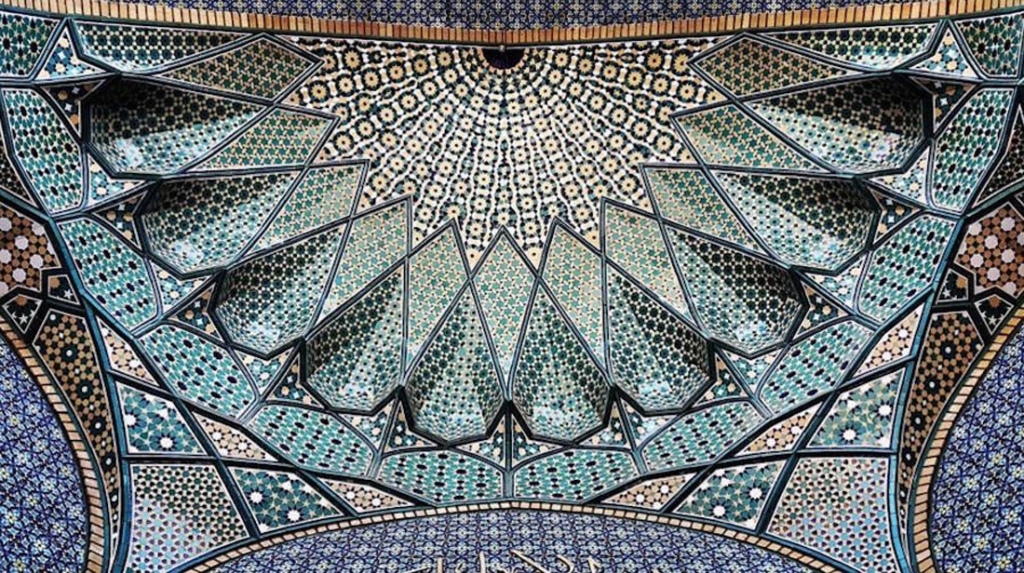 To see Joshua’s latest creative exploration, please check out this link to his upcoming magazine publications. 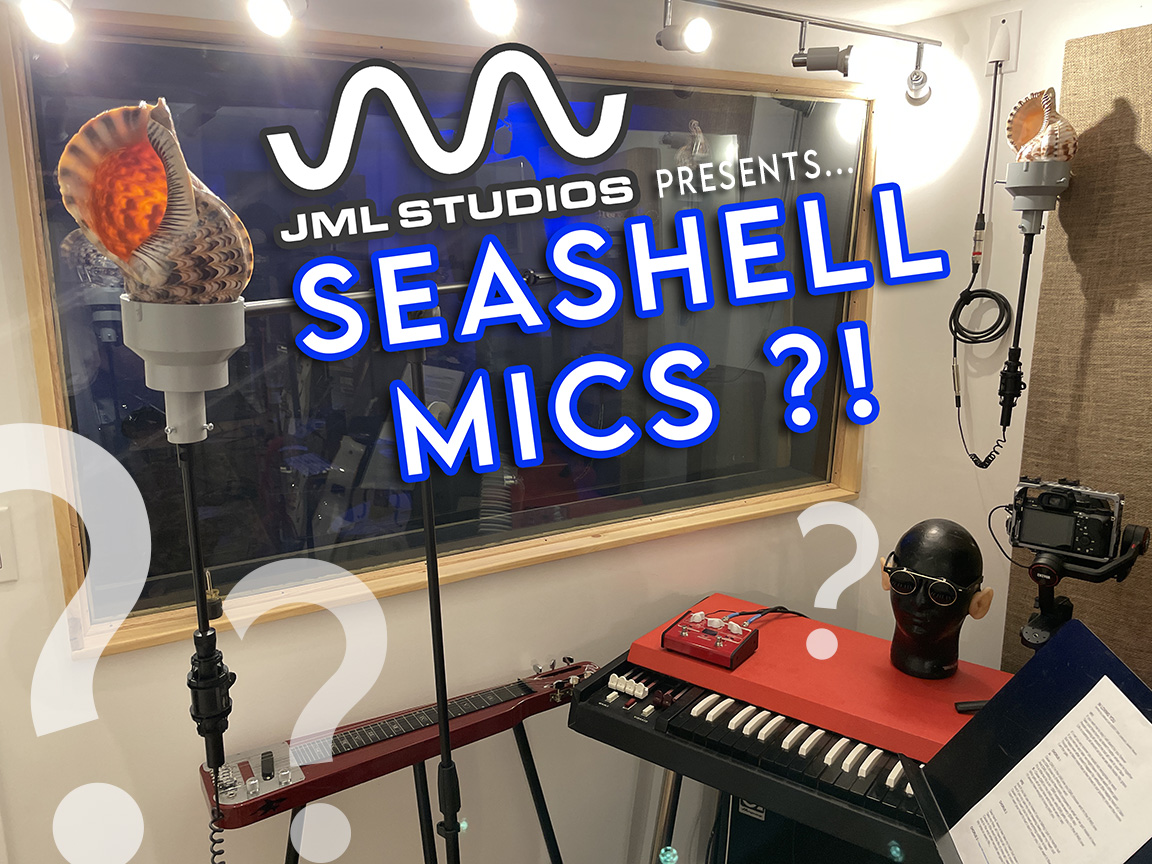 Posted on November 8, 2021December 15, 2021By Joshua Lutz
Posted in Audio EngineeringCymaticsDesignMusic and RecordingTechnologyUncategorized

Building Microphones Out Of Shells, Standing On The Shoulders Of Masaru Emoto 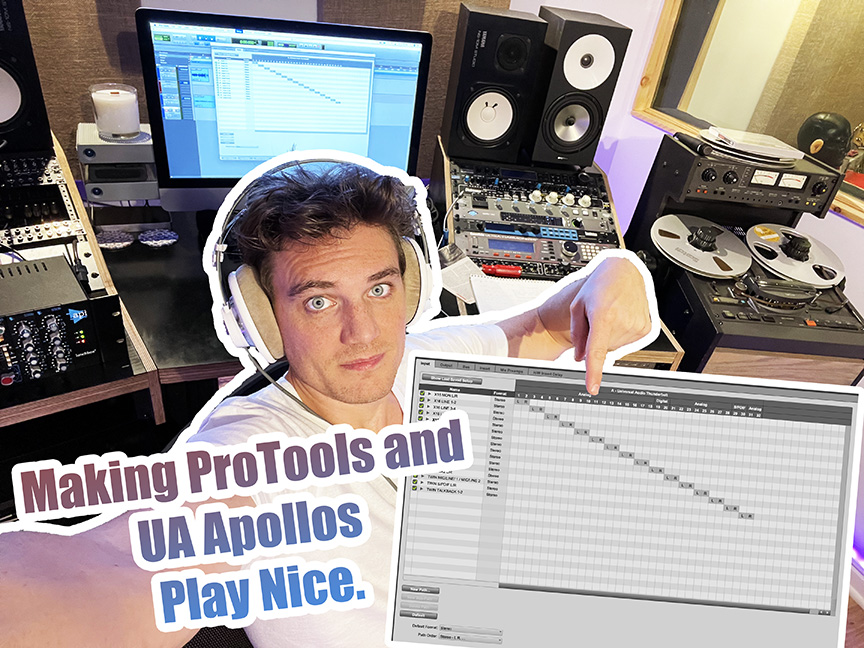